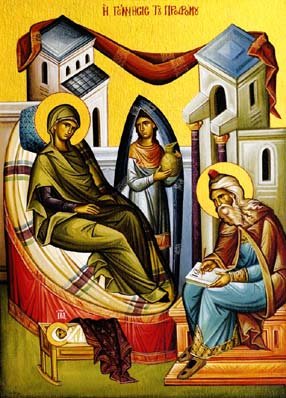 This feast is the story of the fidelity of God, and of his servants. The first reading at Vespers compares the story of Elizabeth and Zechariah to Abraham and Sarah. Abraham and Sarah were barren until their old age and had lost hope of being able to pass on life to a new generation. But beyond the bounds of all hope, God told Abraham that he and Sarah would have a child, and, indeed, not just any child but the founder of Israel, of the people of God, and of all who believe in his name. Elizabeth and Zechariah also had lost all hope of new life, and for them it was a shame before the people.

Yet the angel of the Lord appeared to Zechariah in the holy place and told him that Elizabeth would give birth to a son, and again, not just any son, but the forerunner of the Messiah, who would give life to all by his resurrection. We see the fidelity of God – he will bless us with life, he loves us beyond all limits, beyond our despair, beyond all hopes.