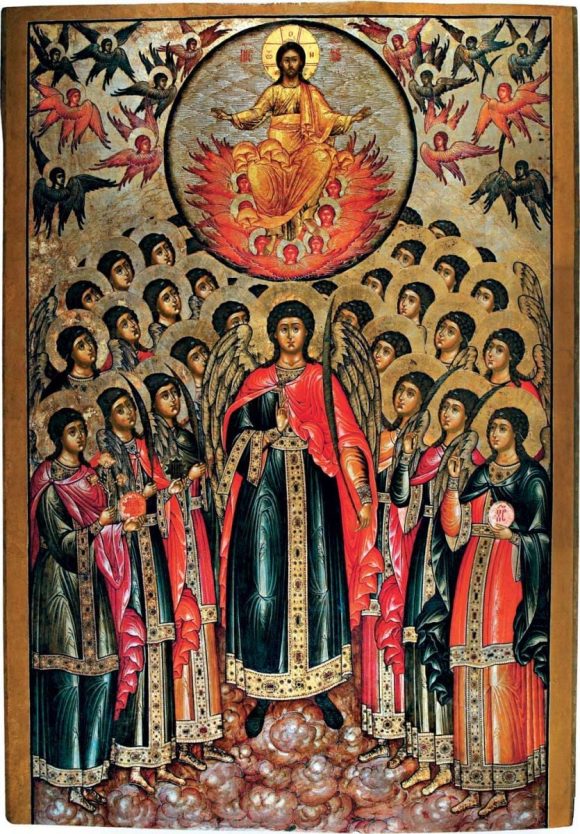 The Church commemorates today the Synaxis for the archangels, Michael and Gabriel, and all the bodiless powers of heaven.

“The role of angels, or spiritual powers, is evident from their appearance in both the old and the new testament. St Paul says: “They are all spirits, whose work is service, sent to help those who will be the heirs of salvation.”

“While the Church honors these divine ministers as guardians and messengers each Monday, today we feast especially Michael and Gabriel. Michael, whose name means “one like God,” was revered in the Old testament. In the book of Revelation he is depicted as the captain of the angelic army” (NS).