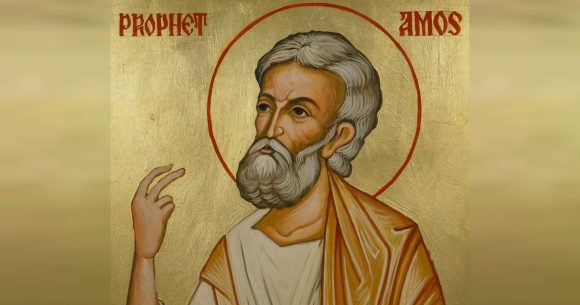 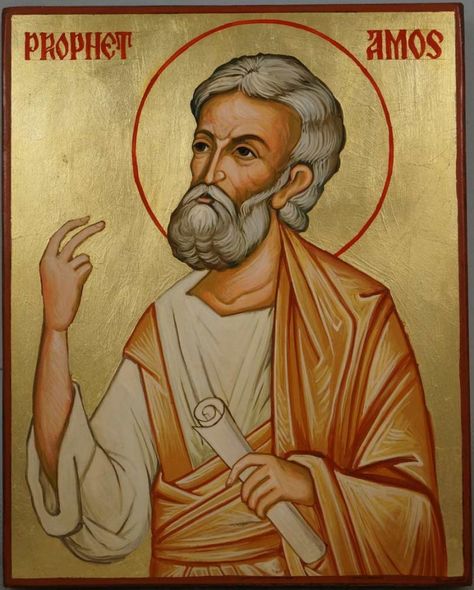 The Church liturgically recalls the memory of the holy prophet, Amos. Like the other prophets, he is revered as a saint. Amos is third of the Twelve Minor Prophets who lived during the eighth century before Jesus Christ.

The Church sings in the Kontakion: Purifying your fervent heart by the Spirit, / O glorious Prophet Amos, / And receiving the gift of prophecy from on high, / You cry with a loud voice to the nations: / This is our God, and there is none beside Him.

One of the minor prophets, Amos was the first to write down any of his public preaching. A shepherd by occupation, he was called by God to speak out against social injustice and hypocritical piety in Israel. Through his austere life in the wilderness, by his faith and his own intense consciousness of God’s justice, Amos was compelled to preach harsh words at a time when Israel was most prosperous and secure. His uncompromising prophecy exposes the peril in which Israel was placed by its complacency, the dishonesty of its courts, the mistreatment of the poor, the selfish affluence of its upper classes, and its dependency on military might rather than on the strength of God. He came into conflict with the priests and was expelled from Israel. (NS)