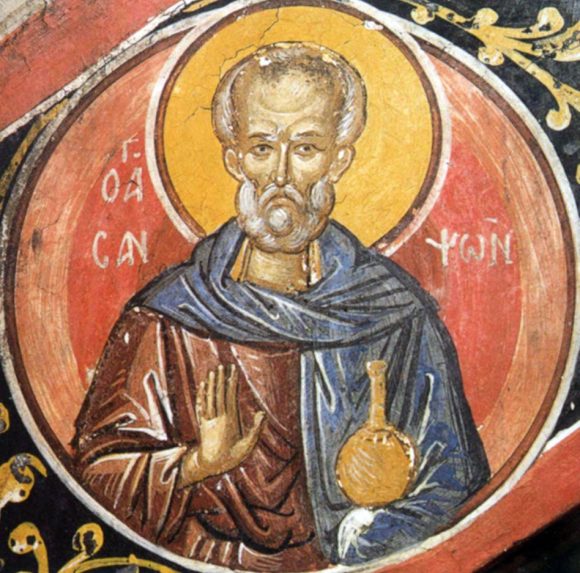 Samson is known for his patience, perseverance in troubled times, constant prayer and devotion, care for the poor and weakened of body and soul. Here we see what Christ wants for us and how He (the Lord) wants us to reflect to the world. These virtues of life will lead us to our union with Christ in heaven.

We are convinced that St Samson is given to us today as we face the tragedy of the war in Ukraine. We need his intercession before the Lord.

His biographers speak of St. Samson this way:

Samson was born to a patrician family in Rome in the sixth century, when the city had fallen on hard times. He was a physician, and inspired by his faith in the healing Christ, he devoted all his time, wealth, and skill to others. He turned his estate into a clinic to treat the poor. After he trained a staff to care for the large numbers coming to seek both medical and spiritual attention, Samson left, as a virtual beggar, to make a pilgrimage to Constantinople. His reputation soon followed him, and once again he was busy fighting disease and despair. He was so respected that he was summoned to treat the emperor Justinian. In gratitude for both his medical and spiritual counsel, Justinian endowed him with funds to establish a medical clinic much larger than the one he had left in Rome. Samson worked until his death on this day in 598. (NS)